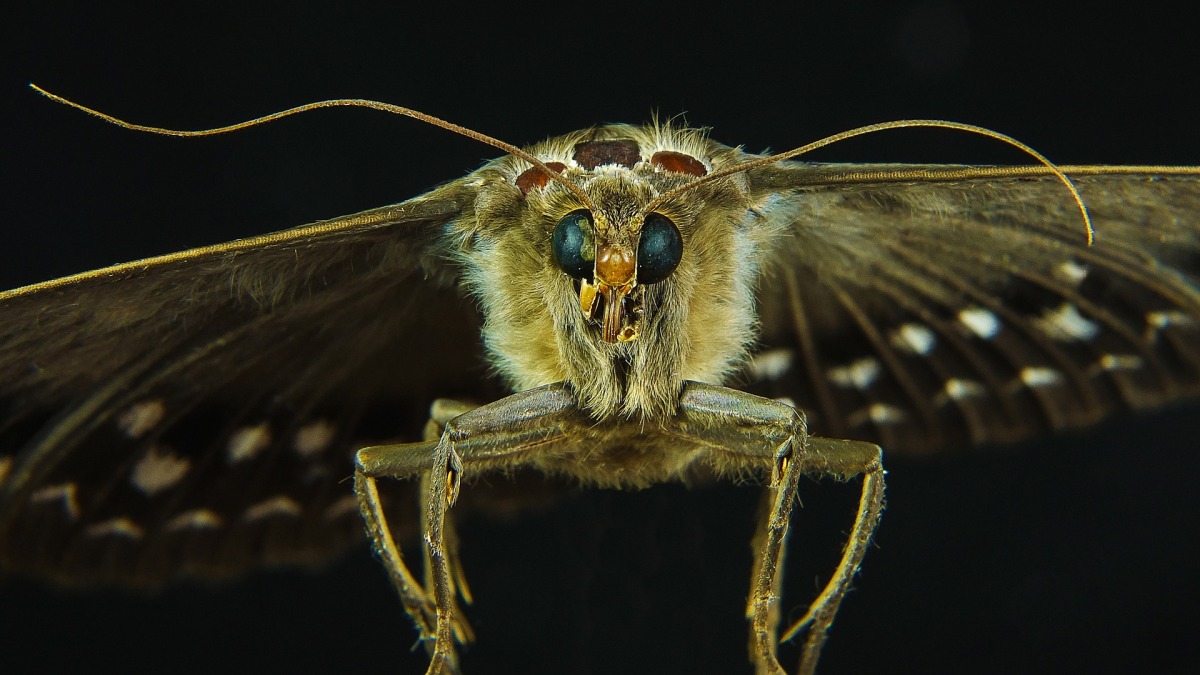 Tom was huddled in his office. On every free surface, candles burned brightly. Their flickering lights danced over his face, giving him a manic appearance that matched his mood

Outside, night hung over the city. Gas lamps burned dimly; winds fluttered across the moon. Hooves clattered on cobblestone; the womp of beaten air grew steadily louder. Shutters and windows closed for the night; screams erupted from the streets.

It was the same every night. The mouth people came with the fading light and took their sacrifices. They didn’t care who the people were as long as they were alive.

The only thing these moth people feared was the light. Candles were barely bright enough to be of any good, and fires required constant attention. That was why Tom kept himself locked in his office under the mad gleam of desperation.

The door to his office burst open, amid he spun towards it in terror and shock. “Damn it, Edison. How much longer?” Tom breathed a sigh of relief as the mayor’s aide walked in. “You’ve tried nearly a thousand different things by now.”

Edison nodded, a sense of calm coming over him like it always did when he was explaining something. “Yes, and I have found a thousand ways it wouldn’t work. Tell the mayor I’m close. We’ll soon be safe.”

A shot rang out from behind Tom’s door. It was followed by a scream that quickly died away in a wet gurgle. The aide paled and backed further into Edison’s office. “T…tomorrow morning will be fine.” With a bracing breath, he rounded on Tom. “But this light bulb thing had better be what you promise.”

Edison smiled to himself as he turned back to his work. “Trust me Steve. It’ll change the world.”

If you liked this, please drop me a comment or share with your friends. Don’t forget to follow us here, or on Facebook or Twitter so you don’t miss the weekly fantasies I destroy my sanity to build for you. If you want, make sure you sign up for our newsletter and as a special thanks, you’ll receive a short story for free. And as always, I mustache y’all to stay fantastical.

The entire town of Burbonville, Kentucky had come out for the announcement. The United States had entered the Great War. There was a mixture of tears and crying from the members of the small village. As for Tim…well he wasn’t quite sure what to think.

Gerry kept attacking US ships. At least that’s what the papers had said, and Pa always maintained that if someone punches you in the face…Well sometimes you just have to punch them back. The Army also sounded like a good idea to Tim. Couldn’t be any worse than sharecropping.

On the other hand, he didn’t really want to go half way ‘cross the world. He and his girl were getting on well. If he left, there was no telling when he would see her again…or if. That was a very chilling thought. Tim had never really had a reason to question his mortality before, and yet here he was, standing alone in a crowd of people as he wondered if he would make it back.

He was pulled from his thoughts by a sudden hush in the crowd. Some old drifter had wandered into the middle of the townsfolk and started talking. Tim had missed the first part of what the drifter was saying, but it soon became clear that this man was some form of preacher. The little bit Tim could hear from the back included a lot of “sinners” and “hellfire” and “damnation.”

Curious, Tim pushed closer to the front. The preacher man was getting right firey with his words, lifting his bible high above his head before swopping his arm down to shake it at the ground. As the man spoke, clouds began to gather overhead. The sudden appearance of dark clouds was quite odd for what had been a mild spring day.

“And the Lord speaks to us! Calling out to us! Urging us to do our sacred duty before darkness over takes us.” Shadows fell on the ground at the preachers words.

“The Kaiser and his minions. They serve the old ways. They have no interest in the new covenants as they blow away their friends and enemies.” A cold wind swept across the crowd, cutting through the sundresses and light shirts.

“It is an old enemy that rises up, rearing his horned head once again! He seeks the blood and destruction of all peoples and systems and he uses the Kaiser to do it! And what will you do?” The preacher jabbed a finger at the crowd. “Will you sit here and do nothing? Content in your false peace? Lord as my witness, the true believer must fight!”

Thunder crashed with his final word and lightning lit the sky. The preacher stood there a moment, panting, before making a final prayer and walking off. As he left, the storm quickly dissipated and the town was left in sunlight once again.

There were murmurs from the townsfolk at the strange preacher, but he was soon forgotten. The one person who didn’t forget was Tim. The crash of thunder shook his soul while the word “GO” echoed in his mind. He knew what the message was and he knew what he had to do. He couldn’t stay in Burbonville. It was time for him to go over there.

This week’s story was a rashomon. Be sure to check out D.L. Spartan or #flashomon on Twitter to find more points of view from the Burbonville Sermon.

If you liked this, please drop me a comment or share with your friends. Don’t forget to follow us here, or on Facebook or Twitter so you don’t miss the weekly fantasies I destroy my sanity to build for you. If you want, make sure you sign up for our newsletter and as a special thanks, you’ll receive a short story for free. And as always, I mustache y’all to stay fantastical.

The Romulean Empire stretched across multiple provinces in the cosmos. At it’s center rested Terra and the throne of Lord Caesarium. When a mysterious threat appears on Terra, Magus Brennus must track down its source. His only clue is an odd feeling magic leading somewhere in the cosmos.

Will Brennus be able to save Terra and solve the mystery of the Rose Nexus?

Sign up for our newsletter now and receive news, sales, and exclusive short stories every quarter.